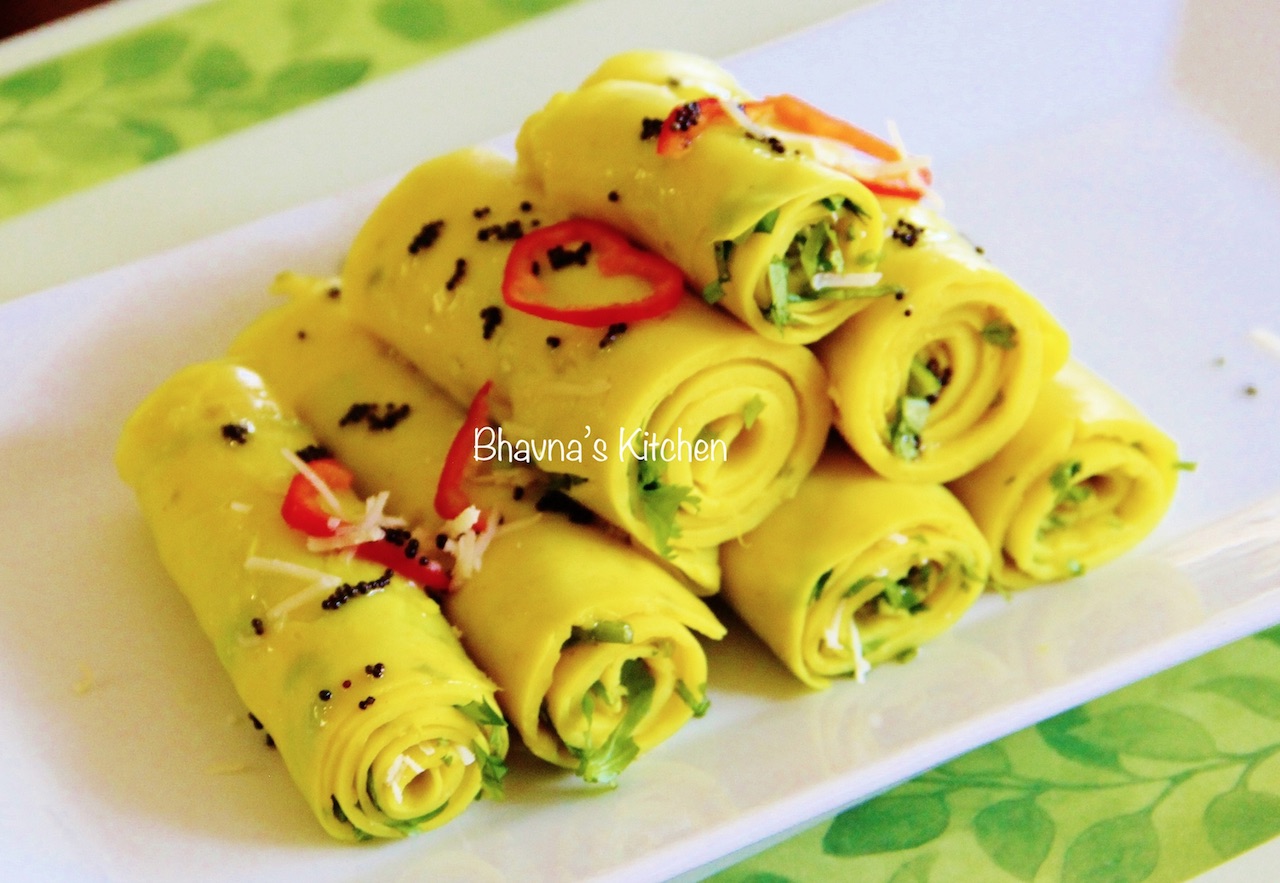 Today I am going to show you the easiest way to prepare Khandvi using Pressure Cooker. Most people think making Khandvi is tricky but now you will make it with full confident with my foolproof recipe.
Khandvi or Paturi or Dahivadi is a savory snack in Gujarati cuisine. It consists of yellowish, tightly rolled bite-sized pieces, and is primarily made of gram flour and curd(Dahi).
Khandvi is readily available across India, and is commonly eaten as an appetizer or snack. Many people choose to buy it from local shops rather than preparing it at home, though it is easy to make. In other parts of India, this dish is also known as Suralichi vadi or Patuli.

Tips: Be sure to add just enough liquid(No extra) when the mixture is cooked in cooker compared to regular pot.
One more tip to share here is that If your Khandvi mixture is not cooked well, you can cook again the same mixture instead of throwing it away and you will be able to spread and roll Khandvi after that. What I normally do is that for 1 cup of Besan, I hear about 6 whistles and it always work but for any reason if you find liquid in the mixture after stirring it well, just go ahead and cook again and hear 1 or 2 whistles, let pressure release, open, stir quickly and spread.